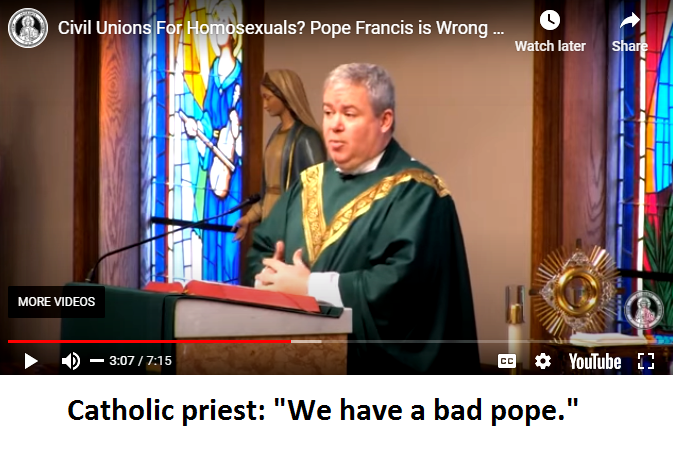 The conservative Catholic backlash to pope Francis’ call for civil unions for same-sex couples is just beginning to percolate. Watch this 7-minute video as a visibly emotional Catholic priest tells his congregation “we have a bad pope” (3:05 mark). The priest continues by saying he doesn’t know “what vanity, or dark spirits, or fallen inclinations” are guiding the pope.

There is another way, a better way. Jesus Christ declared, “I am the way, and the truth, and the life. No one comes to the Father except through me.” – John 14:6

Church membership doesn’t save. Trying to obey the Ten Commandments (impossible!) doesn’t save. Accept Jesus Christ as your Savior by…

16 thoughts on “Conservative Catholic clerics begin to react to pope Francis’ approval of same-sex civil unions: “We have a bad pope.””

clay and The Potter

Original, daily devotionals, inspiration and more from a fresh, "Hey! I never thought about it like that before" perspective.