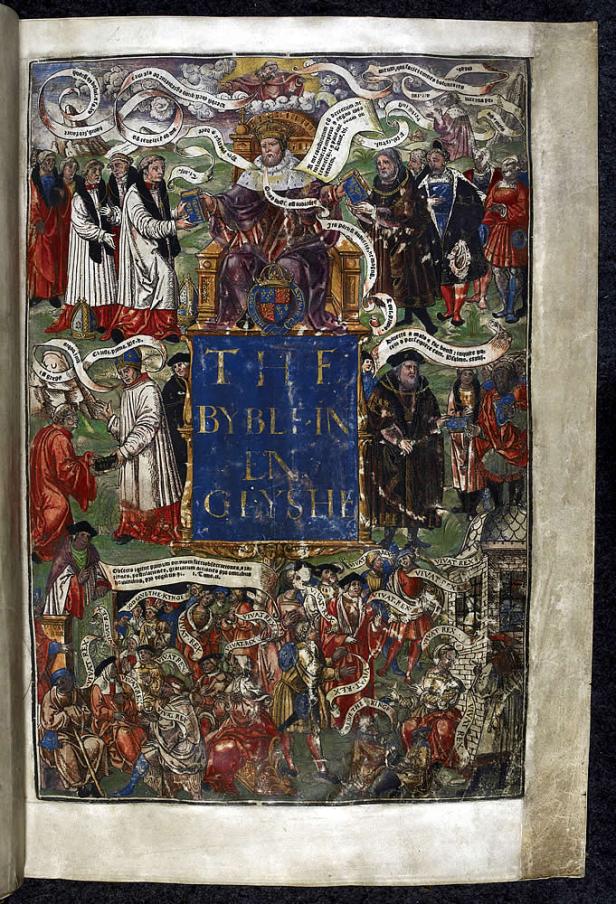 The front page of 1539 Great Bible, the first official “Byble in Englyshe”.

The Roman Catholic Church insisted that the Bible could only be used in Latin. Following Martin Luther’s lead, King Henry the VIII and the Protestant Reformers in England believed the Bible should be available in the common language of its readers. In 1539, Henry’s chief aide, Thomas Cromwell commissioned the Bible to be officially translated into English.

The translation by scholar Miles Coverdale was based largely on the previous and studious work of William Tyndale, who was put death by King Henry for producing an illegal English version Bible in 1536.

The Great Bible, was so-named because each page was 11 inches (28 cm) wide by 16.5 inches (42 cm) long and 14 inches (36 cm) thick! Pastors were required to place a Great Bible in a convenient place in every church building so the common man…