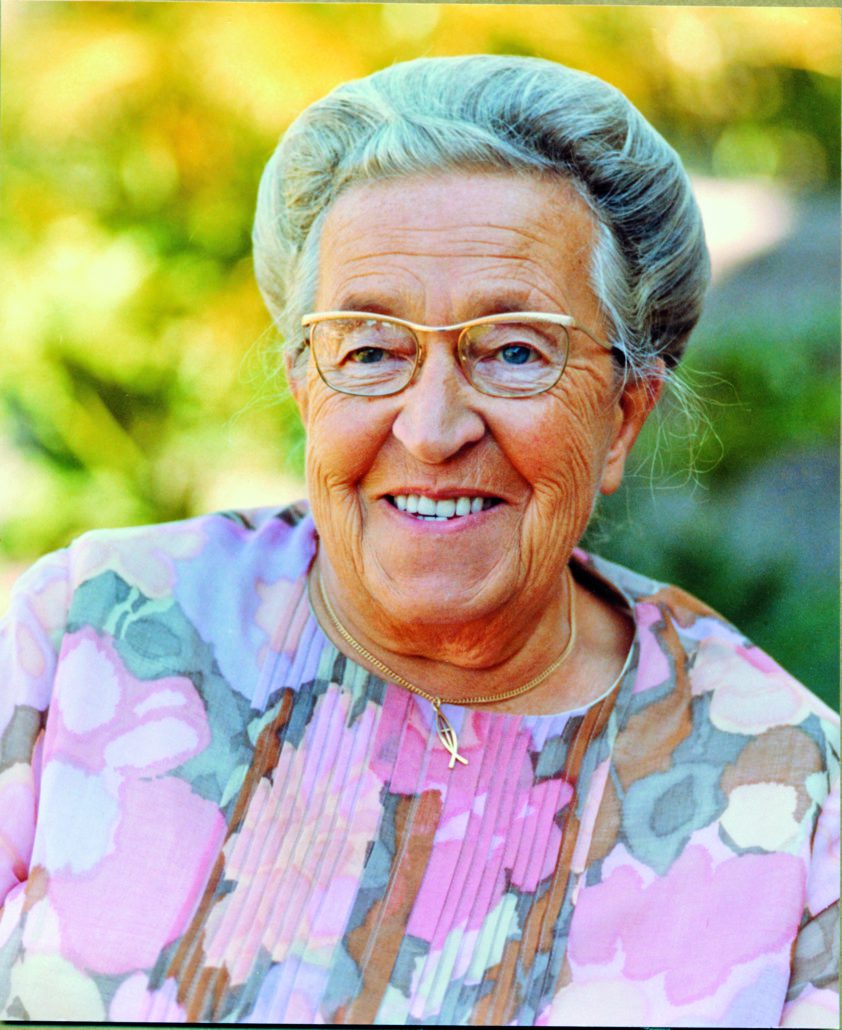 Be encouraged by this story from Corrie Ten Boom.

There were times when even Corrie Ten Boom felt cut off from the Lord. In such a time of despair, she once said to the Lord, “Have you forgotten your Corrie?”

In the following story Corrie tells about a time when she and her sister Betsie were in the concentration camp in Ravensbrück, and she had this terrible cold. She told her sister Betsie how much she just wished she had a handkerchief. Of course, handkerchiefs were impossible to find in that place. Betsie then suggested that Corrie pray for one, and Corrie just laughed at that ridiculous idea.

So, Betsie prayed. She said, “Lord, you see my sister, Corrie, here, has a very bad cold, and in Jesus’ name, I ask you TODAY for a handkerchief for her. Amen.”

Corrie tells that, shortly after that, she heard someone call out her name. She went to stand near the window of the barracks, where she saw a friend of hers, also a prisoner, and who worked in the hospital in Ravensbrück.

“Here,” her friend said. “Take this! I’m bringing you a little present.” She pressed it into Corrie’s hand.

“I opened the little package,” said Corrie, “and it was a handkerchief!”

“How did you know I needed a handkerchief? Did you KNOW that I have a cold?” Corrie asked.

“No,” said her friend. I was sewing handkerchiefs from an old piece of sheet, and there was a voice in my heart that said, ‘Bring a handkerchief to Corrie ten Boom!’”

“That little hanky, made from an old piece of a sheet, was a message out of the Heavens to me!” tells Corrie. “It told me that there is a Heavenly Father who hears, when on a tiny planet, the Earth, one of his children prays for an impossible, small thing; a handkerchief. And the Heavenly Father says to one of his other children, ‘Bring a handkerchief to Corrie ten Boom!’”

Corrie continued, “That is something the Apostle Paul calls ‘The foolishness of God’… that is so much wiser than the wisdom of mankind. You can read it yourself at home. It’s found in 1st Corinthians, chapter 1 and 2.”

“Does God answer all our prayers? Well, most of the time He does,” she continued. “Why? you might ask, not every request we make? Well, you see, because He knows what we do not know. He knows everything. Someday, when we are in Heaven, we will thank him for all the answered prayers, (where he gave us what we asked), and maybe even more for the unanswered prayers. Then we will see it from his point of view, and that God never made any mistakes.”

21 thoughts on “A Message From Heaven”