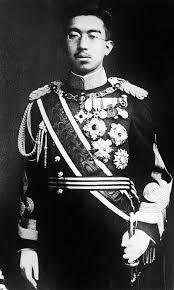 On August 6 and 9, 1945, the United States dropped two nuclear bombs on the nation of Japan immediately killing 120,000 people. Six days later, Japanese citizens around the world were told that at noon, Japan time, they were to cease everything and listen to an important announcement.

At noon on August 15, 1945, the people of Japan heard a voice they’d never before heard, speaking in a dialect none of them fully understood. It was Emperor Hirohito declaring that Japan’s war against the United States was over and the Empire of Japan was defeated.

Abiding by the terms of surrender, Hirohito announced in his Declaration of Humanity that he was no longer the direct descendant of the sun goddess, no longer the divine Son of Heaven entitled to rule the world, but a mere man.

The Japanese religion of Shinto is a combination of…

9 thoughts on “No Longer a God”